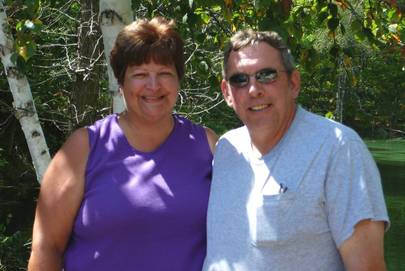 After showing horses and being involved with 4-H for many years, my love of animals led me to venture into the world of dog shows. I looked at various breeds of dogs, and I eventually bought my first show dog, a Great Pyrenees.

Then, after competing a couple of years with Pyrs, I had a chance encounter with a PWD in 1986, I was hooked. The grooming aspect of the breed didn’t bother me--I’d done dog grooming for several years. But finding a PWD proved to be a rather difficult task...the breed was still quite rare at that time. Eventually, however, I obtained my first PWD in 1987, and one just led to another, and the Pyrs moved on and now PWDs own the household (along with a couple of cute Cavaliers).

After obtaining my first PWD, I joined the PWDCA (in 1989). I became active in the national club and eventually I served on the board as the Recording Secretary for a few years. As a board member, the experience was interesting, insightful, and often challenging. In 2009, I stepped back into the club politics and became a Director on the National Board and was the 2010 Recording Secretary as well as chair of the Breeder Referral Program Committee, the Policy & Procedure Manual coordinator, and was a member of the Bylaws Committee and the new Top-20 Committee. I am also a past founding Director of PWDCA Rescue Inc. and served as its Vice President. Starting in 2015, I was back on the PWDCA Board, and I was honored to judge the Futurity classes at the national specialty in 2015 as well. Beginning in 2016, I was appointed by the PWDCA as its AKC Delegate, which I'm very honored to do. Being able to relay information between the National Club and the AKC and receiving direction from the National Club on how to vote on matters will be interesting. Besides being the Delegate, I am the VP of the Great Lakes PWD Club and I'm a Director for the Central Ohio KC (all-breed club).
​
My dogs have been very successful, and I’ve been very lucky in that two of my dogs have won Best in Shows, two dogs earned obedience High in Trial awards, several of my personal dogs earned water titles, and many of my dogs over the years were top-10 PWDs in the country in one or both areas of conformation and obedience. Also, many offspring of my dogs have earned titles under the wonderful tutelage of their loving owners.

I have also judged at dogs shows, both on the regional and national levels. I have also given breed seminars to the Michigan Dog Show Judge’s Association for individuals applying to be approved to judge PWDs, as well as privately mentored judges at shows on what to look for in a quality breed specimen. I am also on the PWDCA Judge's Mentor list as an approved mentor.

Besides grooming (all breeds) and showing my own dogs, in past years I’ve been a 4-H dog and horse club leader; served on regional and national PWD club committees and was an editor of a regional club newsletter; judged both horse (4-H) and PWD regional and non-regular classes at PWDCA national shows; and occasionally bred my dogs and enjoyed the rewards of watching puppies grow and develop into wonderful family members. I was a volunteer with Michigan's American Red Cross's DAT (Disaster Action Team) for both the local county chapter as well as the national organization and assisted with Tropical Storm Fay as a client caseworker for the Red Cross in 2008; I headed up scheduling volunteers for the Red Cross for our county; I am the past Trustee chair and Ad Council Recording Secretary at my former Michigan church and was co-Laity of the Year (with my husband) in 2008; and I also volunteered for our local humane society (my dad called me a "satellite shelter" with all the rescue animals we have taken in over the years!) and was a co-chair for its major fundraiser in 2011. I am a past Chaplain at the Petoskey Eagle's Lodge in 2011. I also was a webmaster for the GLPWDC and a couple of other sites. Moving to Ohio in 2011 made me have to step away from some of the above worthy endeavors, but we are now members and serve on the Board of the Central Ohio Kennel Club, an all-breed club.I am a past President of the Cavalier King Charles Spaniel Club of Central Ohio. We also volunteer for our Ohio church.

On the personal side, I have one daughter, Christie (my greatest life accomplishment!) and two wonderful grandchildren. I was a legal secretary for 31 years prior to moving to Ohio. I was an Administrative Services Associate at Ohio University--Heritage College of Osteopathic Medicine, but I now work for the State of Ohio's Department of Public Safety and am an EMS and Firefighter Certification Specialist. I hold an AAS degree in Office Administration, graduated with high distinction honors, and am a life member of Phi Theta Kappa.

Biography for Christie, now a Partner with Robin in Windward PWDs...

After growing up in a multi-dog and -breed household, I always knew that dogs were in my family’s future. Brian and I married in 2004 and brought home our first dog in 2008. Sam, a Golden Retriever from a rescue group, has been the perfect dog as he has been very therapeutic for our son, Andrew. After moving to the Akron, Ohio, area from Chicago in 2010, we decided the family needed to expand again. Rumor came to live with us in 2013 and quickly declared our daughter, Emma, as her best friend. When Emma decided she wanted to try dog showing, Rumor was the obvious choice and those two bonded even more. Rumor has slept on Emma’s bed almost every night since she has been with us. In the spring of 2014, we were blessed with a bouncing four-legged curly boy named Mickey, who is Rumor’s son from her second litter. Mickey brought a lot of energy and enthusiasm into the house. Unfortunately, Mickey had to be unexpectedly neutered, which was a disappointment as I had been hoping to get back into the AKC conformation ring. Fortunately the UKC offers altered conformation competition, and we had much success in that venue together. (Mickey has since been placed with a family where he enjoyed all of their attention.)

Currently I am the Committee Chair for the Juniors Committee in our national breed club, the Portuguese Water Dog Club of America. I recently served on the board of a local all-breed club and the trophy chair for their all-breed conformation show. When I am not busy with the dogs, our family is heavily involved in scouting with both Andrew and Emma. In May 2016, I graduated from the University of Akron with my Bachelor of Science - Nursing degree. I am now a home hospice case manager. In my rare moments of free time outside of the family and dogs, I enjoy reading, gardening, and cooking.

Robin with one of her Great Pyrenees pictured below.